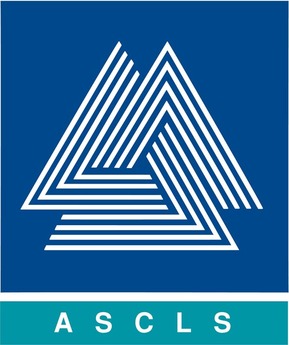 The history of our professional association, the American Society for Medical Technology (ASMT) now known as the American Society for Clinical Laboratory Science (ASCLS), reflects its many contributions to the profession and practitioners in clinical laboratory science. Organized in 1933 and incorporated in 1936, the Society faced many of the same growth challenges encountered by other health professionals. Its first efforts were in "credibility," that is, being known as a society holding the highest standards. Thus, early on members were required to be certified by the Board of Registry of the American Society of Clinical Pathologists (ASCP). For ASMT, the 1930s saw the inception of a journal, the establishment of a Constitution and Bylaws, the emergence of state charters, and educating the public about the profession.
In the 1940s, new issues evolved regarding professional independence, obtaining commissions (officer's status) with the Armed Services, representation in credentialing involving the Board of Registry of ASCP (certification) and the accreditation of education programs by the Board of Schools. Membership grew, largely due to the Society's advocacy of properly educated and credentialed personnel. While earlier national meetings were held in conjunction with physician groups, by 1947 ASMT held its first independent convention. Laboratory personnel were in short supply, and educational programs grew.

The 1950s were marked again by attempts to achieve professional status with the Civil Service and the Armed Forces, together with attempts to upgrade educational/certification qualifications. The advancement of scholarship in the field, e.g., via the first paper on quality control, and the formation of the ASMT Education and Research Fund to advance research efforts were major contributions.

The 1960s were years of considerable controversy, primarily involving the ASCP Board of Schools and Board of Registry functions, that many believed impinged on the professional roles of ASMT members and others in the profession. Qualifications for the clinical laboratory scientist (medical technologist) now included a baccalaureate degree (1962) and a new category of laboratory technician emerged. ASMT joined the International Association of Medial Laboratory Technologists and for over four decades has been looked to by other nations as the standardholder in laboratory science associations.

In the 1970s ASMT grew considerably in numbers (over 30,000 in 1976). P.A.C.E. for validating and documenting continuing education was introduced, and NAACLS was formed as an independent accreditation agency. Together with Central Michigan University, ASMT provided graduate programs for laboratorians to earn master's degrees in administration or education. The ASMT launched its Future Directions Plan, and Statements of Competence. Our representatives testified many times before congressional committees. ASMT initiated the formation of the National Certification Agency (NCA) to advance "certification for the profession, by the profession." It also provided many opportunities and venues for continuing education, including self-assessment exams, monographs, and regional programs.
The 1980s saw more involvement in national politics and an unfulfilled attempt to unify two laboratory organizations, ASMT and AMT. The Clinical Laboratory Educators Conference (CLEC) was initiated, as well as the Legislative Symposium, the only ones of their kind, sponsored by a laboratory organization. ASMT also moved its offices from Houston, Texas, to Washington, D.C., to become more involved in influencing legislation to advance the profession.

The 1990s saw ASMT become ASCLS and join forces with the American Association for Clinical Chemistry (AACC) in presenting one of the largest annual meetings of laboratorians in the country. It provided input to the National Labor Relations Board, which in 1995 recognized medical technologists among its "professional employees."

Thus in the past seven decades, this professional organization has contributed much to the profession: in advocacy, standards setting, education (professional and continuing), personal and professional development, and much more. The American Society for Clinical Laboratory Science (ASCLS) continues today as the "pre-eminent laboratory organization" representing laboratory personnel, advancing their interests--both individually and collectively!

Want to know more about the history of medical diagnosis and the laboratory?